Carbon Graphite is made up of various carbon materials, as well as inorganic additives, and is a preferred material due to its durability. 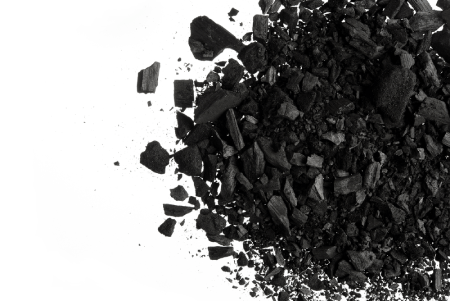 Our Carbon Graphite material is an excellent solution to be used for components such as wear rings, pillow blocks, vanes, bearings, ball valve seats, and mechanical seals in demanding situations requiring wear-resistant components for high/low temp applications. All of our products are high oxidation resistant, self-lubricating, and can be used in wet or dry conditions.

Although carbon/graphite is a porous material, it is typically submerged in a special coating which adds a layer of strength as well as thermal conductivity.

Because of the way carbon/graphite is manufactured for strength, durability, and conductivity, we provide various carbon/graphite materials for high-performance applications in all forms. 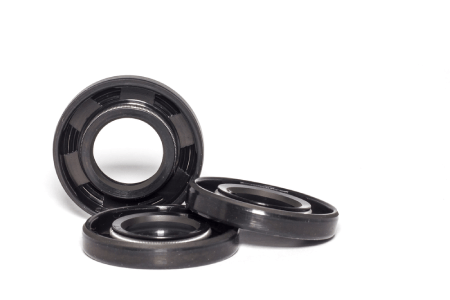 They tend to lose their form, warp, melt, and in some cases even completely extrude from their application altogether, which is precisely why we offer the best materials- Carbon Graphite Bearings for High Temp and Low Temp Applications.

Carbon Graphite bearings rely on their self-lubricating capabilities and therefore can withstand high-friction, seizing, galling, and even temperature damage without wavering. Unlike petroleum-based lubricants, plastic bearings, and composite bearings, which all tend to break down in high temperatures or completely lose their form and strength.

Carbon Graphite bearings are perfect for submerged applications in low-viscosity liquids such as gasoline, water, solvents, and other strong chemicals.

Plastic bearings aren’t well suited for running submerged applications, because they tend to swell and lose shape in submersion.

Metal bearings aren’t considered ideal either for submerged applications. This is simply because the hydrodynamic film from a low viscosity liquid isn't thick enough for proper compatibility by way of overcoming the atomic attraction between metal bearings and the metal shaft.

Carbon Graphite bearings have no atomic attraction at all with a metal shaft; therefore the hydrodynamic film from low viscosity liquids works well as a compatible form of lubrication for running a wide variety of submersion applications.

Carbon Graphite bearings can handle a wide range of common chemicals outside of a select few powerful oxidizing agents.

A few Examples of Submerged Applications

Mechanical Seals and Radial Seals are both used to seal off the clearance between a shaft and stationary housing to prevent leaks.

Carbon Graphite mechanical seal primary rings are used in a range of extremely sophisticated and heavy-duty machinery across several large industries, which include industrial, military, and even aerospace.

Carbon Graphite Mechanical Seal Rings are also used in high-speed compressors to seal in gases. These rings can be supplied custom, specific to the customer's needs and specifications, whether that be shrink-fitted, plain, or cemented in metal retainer rings.

A few Example of Applications

Close Clearance Carbon Graphite Radial Seals are singular rings designed to fit with an extremely close clearance on the OD of the shaft (rotating or reciprocating).

If thermal expansion is expected, the ring should shrink to fit into a metal retainer ring for the ability to remain stable during high temperatures.

A contacting Carbon Graphite seal ring is designed from a minimum of three segments and is tensioned onto the shaft using a garter-spring. These garter-springs hold the segments in place against the shaft at the pressure of 2 psi.

Multiple sets of these segmented carbon/graphite rings can seal gas pressure of up to 800 psi.

Carbon Graphite Ball Valve Seats are typically utilized in severe chemical environments because of their ability to withstand harsh chemicals for long periods of time and are designed to withstand hot liquids and gases ranging anywhere from 350-800 degrees F for at least half an hour.

Doherty Associates, Inc. is more than happy to provide any additional information/specifications you may need regarding any of our Carbon Graphite Materials.

Contact Us today to learn more about how our wide range of Carbon Graphite products can be applied to any of your custom application needs.

Looking for a Manufacturer's Representative? Contact us today at 713-829-4484

Complete the form and one of our team members will get you the answers you need!